A few weeks ago, he noticed that something was draining the feeders rather quickly. Something bigger than a bird, obviously. After staking it out for a few days, he finally found the culprit…. A darn squirrel. On closer examination we guessed that the darn squirrel was also a very pregnant darn squirrel.

Yesterday, the proof of that appeared under the bird hotel. A sweet little baby squirrel (Nick didn’t seem to mind that this creature had drained his bird feeders!).

And he wasn’t shy at all. Nick and the kids crept right up to him… he just kept right on eating the birds’ sunflower seeds. (I promise he’s there. He’s that little gray blob just to the left of the bird hotel.) 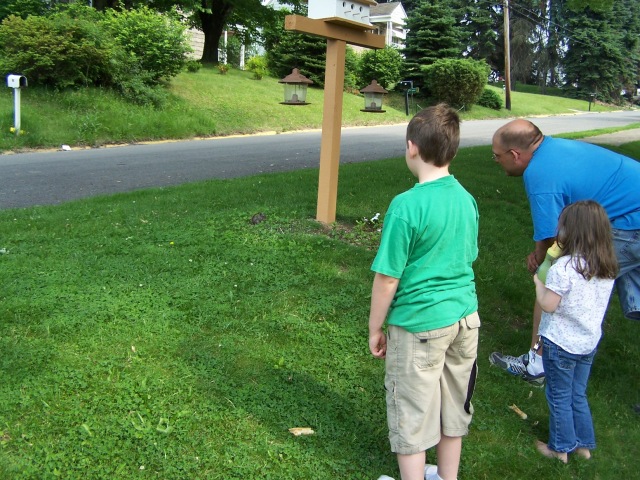 This entry was posted in Nature, pictures. Bookmark the permalink.